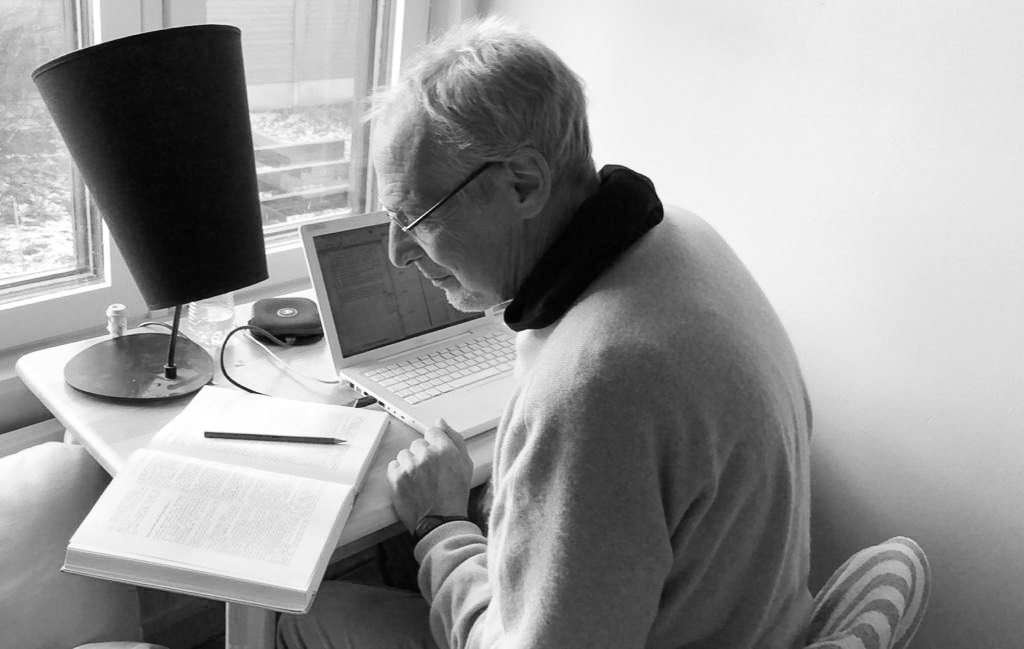 As became known only now, the outstanding Altaist Volker Rybatzki passed away on June 13, 2018.

Volker was born in Hannover (Lower Saxony) on February 17, 1957. He was not particularly interested in school and left gymnasium three years before the final examination. His father wanted him to learn the profession of a wholesaler, but Volker did not like it, and left the apprenticeship after one year. On a trip through Finland, he became enchanted with the country and met Irmeli (Inkku) Arffman, the girl that, some years later, became his first wife. They started to be together, and soon Volker decided to live in Finland, learn Finnish and improve his formal education by attending evening school. Afterwards, Volker would have liked to study sinology which, however, was not available as a major at Helsinki University at that time. An alternative would have been Berlin (the only possible place, as he had not served in the army) but, as Irmeli wanted to study textile design and the Crafts and Design College of Kuopio replied faster than Berlin University, they decided to go there. Here, Volker took a training as cabinet-maker. After two years, Volker had become convinced that he would never become an outstanding craftsman and decided on studying, as of 1988, Turkology and Mongolistics (as the best choice after sinology) at Helsinki University. Concurrently, he worked at the Orientalia Library of the Institute for Asian and African Studies. To deepen and enlarge his knowledge, in 1997 he spent 9 months in Szeged (Hungary), studying Turkology with Prof. Árpád Berta and, later, he was in Venice (Italy) to study Manchu with Prof. Giovanni Stary.

In 1998 he co-organized the PIAC, in 1999 he took his master’s degree (with Die Toñuquq-Inschrift as a thesis) and was accepted as a Ph.D. student at the University. He then worked hard on his Ph.D. which he defended in 2006, under Prof. Juha Janhunen, and with Prof. Claus Schönig (Freie Universität Berlin) as opponent. His thesis Die Personennamen und Titel der mittelmongolischen Dokumente: eine lexikalische Untersuchung was a massive volume of 900 pages.

In 2007, Volker took his habilitation and thus became a docent (lecturer) of Altaic Studies. As it was difficult, however, to find a tenured position in this field anywhere, Volker accepted teaching and research jobs wherever available, e.g. at Stockholm University and at Minzu daxue in Beijing. Notwithstanding this, he always continued to teach his courses as a docent of Altaic Studies at Helsinki University.

Besides publishing scholarly articles, he worked assiduously on his major project, an etymological dictionary of the (middle) Mongolian language, a particularly challenging and ambitious enterprise to which he dedicated most of his academic career. Unfortunately, he had not the time to finish it.

His (second) wife, Alessandra Pozzi (a specialist on Manchu and Chinese), three children of his first, two of his second marriage, and two grandchildren survive him.

Most of Volker’s publications are listed (and downloadable) on: helsinki.academia.edu/VolkerRybatzki

Therefore, only his monographs are mentioned here:

Biographical data may be found in: